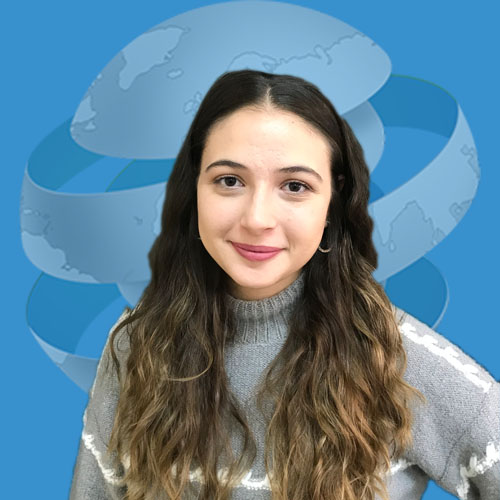 What does genocide mean?

For political, national, racial or religious reasons, the mass killing act aimed at destroying a group of people in a minority status is called "Genocide". The term was coined in 1943 by the Jewish-Polish lawyer Raphael Lemkin who combined the Greek word "genos" (race or tribe) with the Latin word "cide" (to kill). Moreover, UN defines genocide as "any of the following acts committed with the intent to destroy, in whole or in part, a national, ethnic, racial or religious group, as such: killing members of the group, causing serious bodily or mental harm to members of the group, deliberately inflicting on the group conditions of life calculated to bring about its physical destruction in whole or in part,imposing measures intended to prevent births within the group and forcibly transferring children of the group to another group."

The Armenian genocide refers to the physical destruction of ethnic Christian Armenians living in the Ottoman Empire from the spring of 1915 to the autumn of 1916. At that time the number of Armenians living in the Empire was about 1.5 million. During the genocide, at least 664,000 and possibly 1.2 million have lost their lives. The Armenians call these events Medz Yeghern (great murder) or Aghet (disaster). Moreover, the Armenian Crimea took place in two stages during and after World War I, including the assassination of a healthy male population or forced labour, and then the expulsion of women, children and the elderly into the Syrian Desert under conditions of a death march. In 1922, Armenians had been eradicated from their historic homeland. Later in 2015, the Bulgarian parliament recognized the events as genocide. On April 2015, the EU parliament officially recognized that it is a genocide.

Finally, in 2016, the bill was accepted by the French national assembly. Although many historians and many countries by factors considered in this case as genocide, Turkey has rejected this rhetoric. According to the famous Turkish historian İlber Ortaylı: "The 1915 Armenian deportation is not a measure against a possible rebellion. The decision of forced migration in 1915 is a decision which is inevitably taken in the circumstances of the day, against the uprising and the enemy army."

Which countries recognize the genocide and which ones reject it?

In fact, 29 countries recognize the Armenian genocide. Such as Uruguay, Argentina, Austria, France, Polland, Russia, the US and Germany. In addition, Azerbaijan, the United Kingdom, Denmark, the Turkish Republic of Northern Cyprus, Uzbekistan, Albania, Bosnia and Herzegovina, Kosovo, Pakistan, Sweden, Spain and Norway are among the countries that do not recognize the genocide.

France declared April 24 as "Armenian Genocide Remembrance Day". Then a decision prepared for this purpose came into force after being published in the Official Gazette. The enactment is composed of three articles, with the signatures of President Emmanuel Macron and Prime Minister Edouard Philippe. It was also mentioned that France "officially recognized the Armenian genocide" since January 29, 2001. According to some sources, every year on April 24, the official state ceremony will be held in Paris.

The Armenian Prime Minister Nikol Paşinyan was also in France at the time of the decree. The first reaction to France's decision came from Foreign Minister Mevlut Cavusoglu."The 24 April decree of the French President Macron clearly violates the judgments of the ECHR and the French Constitutional Court. Macron is still populist in trying to fulfil his promises to the Armenians during the election campaign. Let him look at his own dark history first. It's been a quarter century since the Rwanda genocide," he said.

Finally, the "genocide memorial" will be opened to commemorate those who lost their lives in the 1915 events in Amsterdam, the Netherlands. The monument, built by a local artist in Armenia, will be mounted on the outer wall of the Armenian-Apostolic Church in Amsterdam.

It's the same for me that a person or a thousand people's death. Every human being is important and valuable, no one deserves to be killed, no matter what they did. However, many countries have recently used this situation as a weapon against Turkey and have used such an important and humanitarian issue for their own benefit. I hope this situation ends as soon as possible, and everyone will be aware of how valuable human life is. As many people said, “every human life is worth the same and worth saving”.