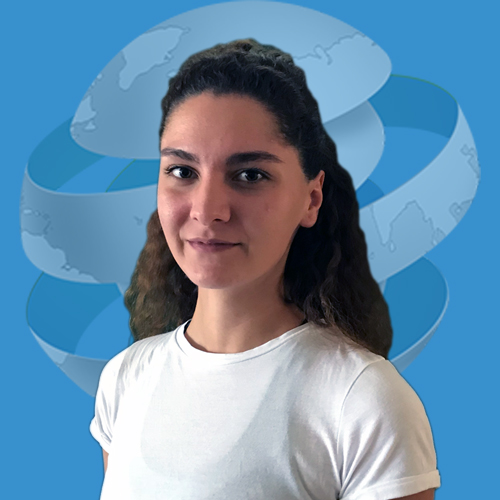 Humanity has experienced many difficulties throughout the course of history. Child migration is one of these without a doubt.

The concept of migration is the geographical displacement movement of human communities by settling from one settlement unit to another in order to spend all or a part of their lives due to religious, economic, political, social and other reasons. As defined in the United Nations, migration types can be economic, political, social, and environmental. Migration can be seasonal, temporary, permanent, and voluntary or involuntary.

According to the Article 1 of Convention on the Rights of the Child, every human being who is under eighteen years old, can be defined as child. According to the same convention, a child should be afforded necessary protection.

Children migrants are protected also under the International Convention on the Protection of the Rights of All Migrant Workers and Members of Their Families.

This essay wants to focus on Afghan children migrants, in particular their protection and educational rights on their way to Europe.

In recent years, Europe is experiencing marked an increase in the number of migrant children. The phenomenon of migration to Europe has been characterised by continual evolution simply because of frequent changes in common migration routes and the length of the stay in transit countries. Children are experiencing dangerous journeys, exposed to considerable health risks, and most importantly they keep away from their basic rights of protection and education.

The first part gives an overview of the situation of Afghan children migrants on their way to Europe with two specific cases. The same part will specify Afghan children migrants’ difficulties to reach their basic rights of protection and education. The second part will specify on child migrant rights with the concept of the Convention on the Rights of the Child of Article 24, 2 (e) and the International Convention on the Protection of the Rights of All Migrant Workers and Members of Their Families (ICMW) of Article 12 (4). The conclusion wishes to highlight how the basic needs of children migrants have been ignored, beyond the debate between a close and broad view on children rights.

According to one of the UNICEF reports on refugee and migrant children in Europe, almost 13% of migrants in Europe are Afghan children migrants. Addressing this kind of sensitive issue would be beneficial to raise awareness in the world.

Pursuant to a report by Science Direct, most of the unaccompanied Afghan children are living in the UK, Belgium, the Netherlands, and Italy.

Afghan children could not remember a time when wars were not being fought on Afghan soil and these children do not even know why wars happened in Afghanistan. They are facing the realities of the war in the most painful way. The effects of the war, the wealth level in the country, limits of access to education rights, and the security threat are the biggest factors in the migration of children.

Afghan children have filled far more asylum applications in Europe during recent years and plus, their dangerous journey is unaccompanied. Before the EU-Turkey deal which aimed to halt the flow of migrants and which came into force in spring 2016, the majority of the unaccompanied minors used the Balkans as transit to reach Europe. Those who did not use the aforemetioned route, chose to travel through the sea to Italy which is a popular transit country in the matter of migration.

Coercion, neglect, unsafety, and a lack of support, are what Afghan child migrants feel in their unaccompanied journey. Many Afghan asylum seeker children are not granted subsidiary protection even after a risky and traumatizing journey to Europe. The lack of support makes Afghan children vulnerable. Thus, they become an easy target for smugglers to be trafficked and denied from shelter, food, water, and medicine. While even their basic needs to live are ignored, how Afghan children migrants get their right to protection and education? There are both negative and at the same time positive cases as well.

For instance, a case from Italy, an Afghan child who was 14 years old when he arrived in Italy. He left Afghanistan when he was 11, travelled almost 3 years, spent time in transit countries like Turkey and Greece. When he arrived in Italy, he was entered into a program for unaccommodated minors. When he got out of the program, he could speak Italian relatively well and choose to stay in Italy. He was lucky, went to Rome and started to look forward to a new job. During the program, he met with a teacher who adopted him and sent him to school. He called his teacher as 'Italian family'.  In his early twenties, he started to study political science in one of the oldest and best universities, at the same time, working as a translator. He was lucky to manage all his journey to finalize with a success story and benefit from the rights which he already had. This type of experience is rare among migrant children.

Another case is from those who are stuck in borders and again who cannot move anywhere. Thousands of children are standing on the doorstep of Europe. A group of unaccompanied children who aged between 12 and 16, had been living in Serbia’s border with Croatia. The place that they were hiding was adjacent to the path they hoped to walk, to reach Europe. They tried to attempt the crossing multiple times but every time they were forcibly returned by Croatian border guards.

According to Michel Saint-Lot who is representative of UNICEF in Serbia, 46 percent of 7000 refugees in the border of Serbia are children, and most of them are Afghan unaccompanied children. He also adds that children like those who risk continuing their journeys are prey to thieves, sexual predators and smugglers. According to him, these children do not want to stay in Serbia, they want to go to Europe because he believes that they are breaking down emotionally because they do not know what's next and they do not see any future.

A child does not have to be a migrant to be sheltered from difficulties. As ratified in the Convention on the Rights of the Child; "the child, by reason of his physical and mental immaturity, needs special safeguards and care, including appropriate legal protection, before as well as after birth".

The Convention on the Rights of the Child obligates governments to treat all children within their territories equally, regardless of migration status. The invisibility of migrating children and the lack of child-focused policies and services create substantial risk.

Convention on the Rights of the Child Article 24, 2 (e) States Parties shall pursue full implementation of this right and, in particular, shall take appropriate measures to ensure that all segments of society, in particular parents and children, are informed, have access to education and are supported in the use of basic knowledge of child health and nutrition, the advantages of breastfeeding, hygiene and environmental sanitation and the prevention of accidents.

Even though the CRC protects all children, Afghan children are still exposed to huge risks at every stage of the migratory process, in the country that they lived, during the journey upon arrival, and for those who get a return after the deportation. During the trip, it is a different kind of danger that they are exposed to because migrant children live with smugglers during their journey. Children who travel with smugglers are in very high danger of moving into situations of trafficking and unfortunately, it is a common fact in the contemporary world.

International Convention on the Protection of the Rights of All Migrant Workers and Members of Their Families (ICMW); Article 12 (4), States Parties to the present Convention undertake to have respect for the liberty of parents, at least one of whom is a migrant worker, and, when applicable, legal guardians to ensure the religious and moral education of their children in conformity with their own convictions.

Generally, children are seen as a kind of tabula rasa -as understood by Locke, tabula rasa meant that the mind of the individual was born blank- after their arrival as migrants since they had not mastered the language and appeared deficient or vulnerable in their new environment.

Even though they deserve basic rights just because they are children and plus, ICMW is supportive of migrant workers’ children basic and educational rights as mentioned but they are still facing difficulties. It is a fact that there are not always negative examples as mentioned above but the majority of migrant children, in particular Afghan children, are not protected and do not get the education they need.

The solution can be sought in a combination of 'open education' teaching methods, and intercultural aims and contents, after children's basic protection is provided for sure. According to one of the research of UNESCO, generational impacts are also somehow contradictory. It means that among first-generation students, arriving in the destination country at an earlier age is consistently associated with higher educational attainment.

So, if the necessary protection can be provided and if a child succeeds to arrive in a safer country, s/he can be more integrated into society and get the needed education.

In particular, countries that have ratified these conventions, are responsible to protect migrant children and provide the educational needs of them.

So, it is important to remember that children despite legal status have the same rights everywhere in the world. This means that it does not matter a child’s legal status, what is a child’s passport saying, a child has the right to take education and protection.

The European Union and the Afghan government agreed upon a facilitated return mechanism in 2016 and in 2017, a total of 4,260 migrant children were returned from EU member states to Afghanistan. Deportations to Afghanistan are highly controversial and are regularly met with demonstrations and protests from refugee rights groups. However, in light of political pressure for quicker returns across the EU, the number of returns is expected to further increase.

Save the Children calls on the EU to stop returning children to Afghanistan and to support migration and return agencies in the development of robust child safeguarding and child protection policies. Furthermore, the Afghan government should include returning children refugees in their policies that take into account child protection. The Child Act, which addresses the rights of children in Afghanistan, still awaits approval.

There are considerable ethical issues that arise about working with children involved in migration.

There is a rise from international law itself, a mandate in the CRC which is proveiling international instruments, governing children rights, establishes two principle which are in tension between each other. On the one hand, the principle is interested with a child which is a protective principle which basically urges on mandates, dealing with children to have regardless of their interests. On the other hand, there is an obligation to give the child a voice or to let the child participate be heard in any process or in any decision affecting the children.

Afghan children migration case proves both negative and positive sides. As we have seen in the first part, some children are lucky to reach the protection and education they need, and some of them couldn't even manage to move or find survival needs.