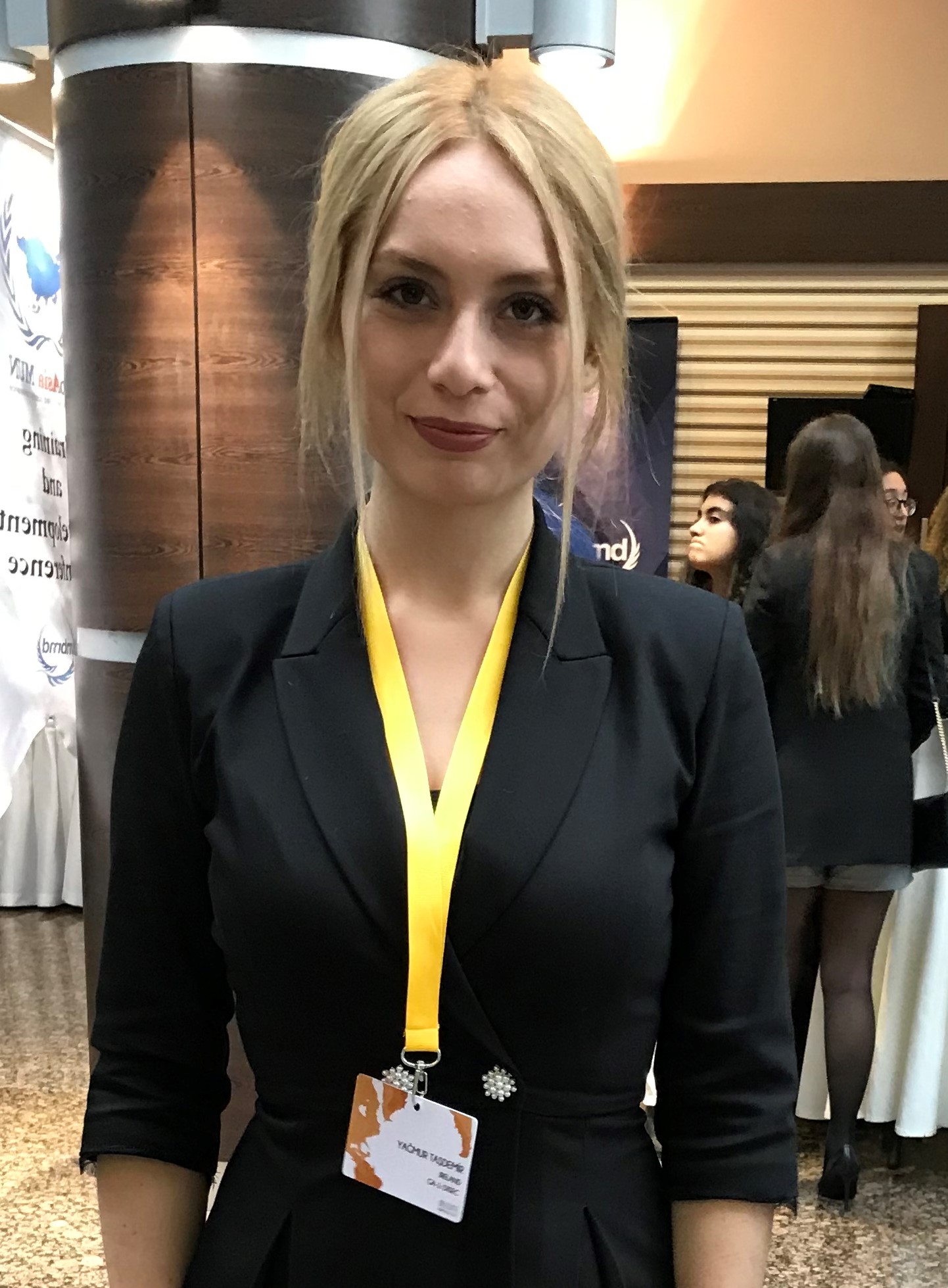 Back-channel diplomacy provides an alternative way of negotiation for parties that cannot openly communicate. However, besides the positive aspects of this channel, there are some certain risks.

Back-channel diplomacy has been used by diplomats and actors taking place in international relations possibly throughout the history, but has gained popularity in the late 20th and early 21st centuries thanks to peace-making efforts. It is often used when there is no close relationship between the parties, or they have bad relationships or cannot openly negotiate[1]. Back-channel negotiations can be used to mitigate international conflicts in different areas like ethno-political and labour-management; and between different groups such as between university administrators and student demonstrators as well as different governments[2].

In peace-making process, there are some uncertainties which pose a risk at negotiations such as uncertainties regarding the cost of negotiations, spoilers, interests, and priorities; and outcome[3]. Back-channel diplomacy can offer some solutions regarding these uncertainties thanks to its characteristic features. The functionality of the back-channel diplomacy can be seen by looking at the Oslo Accords, as well as the peace treaties in South Africa and Ireland in the early 1990s[4].

It should be noted that back-channel negotiations and Track II activities, which are informal and unofficial, differ from each other since Track II diplomacy is carried out by non-state actors from opposing parties of the conflict. Anthony Wanis-St. John claims that “Back-channel negotiators not to be confused with Track II diplomats who do not usually negotiate political agreements between decision makers. They are engaged in building confidence between disputants while back-channel negotiators are properly negotiators taking place in secret.”[5] Besides, according to John MCDonald, the aim of the Track II diplomacy is to arrive “the reduction or de-escalation of conflict within a country or between countries by lowering the anger, tension or fear that exists, by facilitating improved communication and by helping to bring about a better understanding of each party’s point of view”[6]. On the other side, Geoffrey Berridge defines back-channel diplomacy as “A line of diplomatic communication which bypasses the normal or ‘front channel’, usually to maximize secrecy and avoid opposition to a new line of policy”[7].

The most important advantages of back-channel diplomacy are the fact that there are a less formal environment in the negotiations, the presence of a secrecy element and the possibility of using multiple channels of negotiation. Effective back-channel communication can be a direct way to communicate for negotiators and parties, bypassing a number of procedures, thus providing data acquisition and time savings. Wanis-St. John states that “Back-channel communication might have particular advantages facilitating early breakthrough agreements and could possibly provide a useful model for conflict resolution negotiations in other settings.”[8]

In addition, throughout the history, secrecy, which is one of the most important features of back-channel diplomacy, has provided many facilities to the parties. As Anthony Wanis-St. John noted, “back-channelling is the diplomatic black market”[9]. So, you do not know who is selling what. In some cases, public scrutiny may bring along some problems while secrecy allows the parties to engage in negotiation. Exclusion of the great number of the audiences which is the biggest uncertainty makes possible the parties to focus on an effective outcome rather than public approval since when the parties announce their negotiations to the public and other audiences, they are likely to follow a tight bargaining path coming to a deadlock. Thus, with back-channel communication, decision makers can evaluate their willingness about the flexibility of their demands and interests. Besides, hiding the process from political opponents can reduce the interference of third parties wishing to undermine the problem.

South Africa, Israel-Palestine and Northern Ireland back-channel negotiations are the best examples because the progress has been conducted secretly not only from the public but also from political opponents and even some government ministers. In this way, the process progresses faster and serves the interests of the parties. So, secrecy affects the parties' position, demand and bargaining providing them a kind of cover, thus functionalizing the negotiation and ensuring a faster result. By keeping the negotiations secret, posturing of the parties is minimized and a less formal environment is created. So, mutual accusations, hostile attitudes and doubts are reduced while mutual trust is increased.

According to Walton & McKersie, “Secrecy can intensify an aspect of negotiation that has been well-noted in the literature: the development of a sense of mutual solidarity and joint action at the intersection between parties and the resultant co-operation in moving forward the positions of their respective parties.”[10] It is obvious that increasing cooperation and constructive attitudes among negotiators play an important role in reaching a compromise. Thus, as Wanis-St. John states, by reducing the audience effect in negotiations, it is more likely to focus resolving the problem.[11]

Communication is an important factor in the resolution of disputes, and the fact that the parties are from different cultures can cause problems in their communication. Using multiple channels can reduce communication distortion or misunderstanding. According to Anthony Wanis-St. John, channel shopping is crucial since back-channel negotiations play in the shadows when front-channel communication is failed. So, significant opportunities can arise if the parties alternately use both back and front channels since the information obtained in one can be enhanced in another.

Back-channel negotiations thus can be used as pre-negotiation phase as an origin. In this way, according to Hoppman, perceptual distortions of enemies or opposing groups can be overcome[12]. In my opinion, since such distortions are likely to occur when the parties are from different cultures or have deep historical disputes, the use of multiple channels can be an effective method of resolving rooted and complex crisis. Dean G. Pruitt also argues that “Difficulties can arise if back-channel is revealed to political opponents or public. Publicity can injure the reputation of those whose authorise the communication and harm the peace process if they are at the main proponents of this process.”[13] As a result, there is a dilemma for negotiators and leaders whether to rely on back-channel communication or not.

The use of back-channel diplomacy thanks to its attractive features should be carefully examined as it may pose several risks to the parties especially if it goes on for a long time. As Anthony Wanis-St. John states, back-channel negotiations sometimes turns an “endless game” instead of an “end game” if parties feel that an agreement is not necessary since they avoid overcoming the challenges because of the secrecy[14]. Also, parties involved in international conflicts are generally not a single block. On the contrary, they may consist of several subgroups, whose interests may differ from each other. Groups that do not gain advantage from the agreement or whose ideas are not received may create some problems in the enforcement of the agreement. As Wanis-St John argues, this may even result in groups being spoilers which is another uncertainty to prevent the deal or restart the conflict[15]. In international negotiations, spoilers can have a significant impact on the peace process. Spoilers are groups that are often not even at the negotiating table but tend to undermine the peace process of the parties. They can lead international conflicts by negatively affecting the negotiation process[16].

On the other side, civil society and non-governmental organizations can be ignored due to the small number of participants whereas they are generally taking place in front-channel negotiations. According to Wanis-St. John and Kew, their presence contributes to the agreements reducing the later complexities[17]. So, their exclusion can cause disputes and separations. Also, sometimes the secrecy principle in back-channel diplomacy can lead to conflict of interests and thus exclusion of the groups. In terms of secrecy, it can eventuate with lack of confidence which prevents the public support. So, it may be difficult to implement the resulting agreements, as the public and opponents are ignored. As a result of the failure of the agreements to be implemented by the parties, there may be a lack of trust and even the parties are likely to blame each other. Moreover, this can put the parties in a deadlock and make them think that the negotiation cannot solve the problem.

Negotiations using multiple channels can also cause confusion. Statements during back-channel negotiations may conflict with front-channel negotiations, or vice versa. This can damage trust between the parties. Worse still, the parties may get into a deadlock or the level of conflict may increase. Although Anthony Wanis-St. John is pioneer of back-channelling, he also criticized it since it has many unfulfilled promises which can be costly for parties. According to him, back-channel negotiations are not the solution for all problems that negotiators faced. Moreover, its overuse can be a risk for peace making process. So, decision makers should not trust it too much.

If you are one of those who say that "Okay but how can all these described positive and negative features of backchanneling come across in diplomacy? How can we see backchannel diplomacy as concrete in historical cases?", let's meet in the next article to discuss the backchanneling efforts in Irish Peace Process!

[6] Wanis, A. (n.d.). An Assessment of Back Channel Diplomacy: Negotiations Between the Palestinians and Israel. Retrieved May 14, 2020