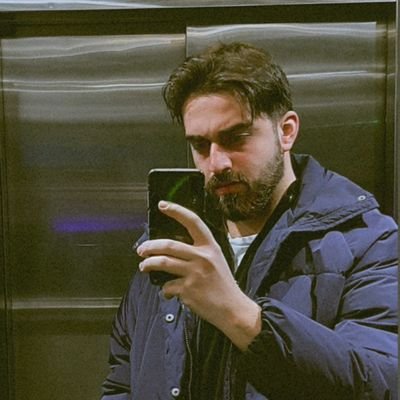 The book begins with a short-term but frightful adventure of Arthur Gordon Pym and his friend, Augustus Barnard. After this occasion, Arthur’s passion for adventure rises. He and his friend Augustus decide to embark on an adventure on a whaling ship called the Grampus. Augustus prepares a private cabin for Arthur, and the adventure begins. As Arthur travels alone in this cabin, a riot breaks out on the ship. Most of the crew of the ship die. Augustus, Arthur, and Peters, who are their friend, take down rebels. These people who are left alone in the middle of the ocean with the wrecked ship must fight against cannibalism, starvation, and psychology now. This is the story of the novella, let's look at its' setting.

Many of the valuable settings for gothic fiction are seen in this novella; the first terrifying place that the readers encounter is Arthur Gordon Pym’s cabin in the Grampus. Since Pym travels secretly, he has to stay there for a long time without food or water, and Augustus cannot reach him because of the rebellion on the ship. Being buried alive is a very famous event in Poe’s stories and gothic works; here, this cabin is an example of this case. In the manner of speaking, this cabin becomes his coffin.

I could summon up no connected chain of reflection, and, sinking on the floor, gave away, unresistingly, to the most gloomy imaginings, in which the dreadful deaths of thirst, famine, suffocation, and premature interment, crowded upon me as the prominent disasters to be encountered. (p.36).

This is how Pym describes the circumstances he is in. With the power of words, the reader detaches himself or herself from the real-life and watches Pym inside the cabin. The cabin, which turns into a coffin with the help of the words that are falling from Edgar Allan Poe’s pen, also has a grim reaper; Pym’s dog, namely Tiger, is in that cabin with him. One of nature’s most frightful laws can be seen here. This law is that the strong one eats the weak one. As both of them are about to die of hunger, Tiger tries to take the life of his owner like Azrael. Pym, who is fighting relentlessly, manages to restrain his dog. In addition to being buried alive, the arrival of the angel of death presents a spectacularly terrifying gothic scene and also presents the inherent gothic feature of nature.

The other case in the book, which has a gothic constituent, is the raging ocean. In this ocean, there are friends trying to stand on a ship with a broken sail. The gigantic waves descend upon them as if nature is taking its’ revenge on humankind. Pym and the others try to survive by attaching themselves to the Grampus’s deck. After a while, the Grampus becomes unrecognizable under the influence of waves and hurricanes, and a very small part of it remains intact. In almost every gothic book, it is possible to see the power of nature in view of the fact that gothic is a subgenre of Romanticism, as it was mentioned above. Elapsed time on that wrecked ship, which is destroyed by the horrible cruelty of nature, is described as follows; ’’It is not too much to say that our heads were not fairly out of the water more than one second in three. Although we lay close together, no one of us could see the other…’’ (p.100). They are trying to hold on to living in isolation, even from themselves. The rope, they tie and attach themselves to the deck, is very similar to the rope of hope that Poe is trying to connect himself to life.

The final setting that will be considered is the islet on which the natives live. This islet does not look like the islands that depict paradise; even its’ rivers look unfamiliar, Pym is worried about drinking the river’s water on this island because of its’ color, and it is mentioned that it does not look like water because it has veins on it. The settlement on the island is also quite strange; it can be understood from this quote;’’ The dwellings were of the most miserable description imaginable…. Some of them (and these great men of the land) consisted of a tree cut down at about four feet from the root, with a large black skin thrown over it…’’(p.188). The fear of uncivilization and isolation suffocates the protagonist’s soul, moreover, undressed people, spears, and sticks make the island unbearable for Pym. In addition to these descriptions, the mountains surround the island like a cage, and the passageways of the island are like dangerous labyrinths. Labyrinths that exist even in The Caste of Otranto, one of the first gothic works, are also found here.

As a consequence, when viewed from the perspective of setting, The Narrative of Arthur Gordon Pym of Nantucket brings the reader together with gothic elements in every sense. With the frightening power of nature, dark, suffocating areas, and scary settlements, gothic art is felt.