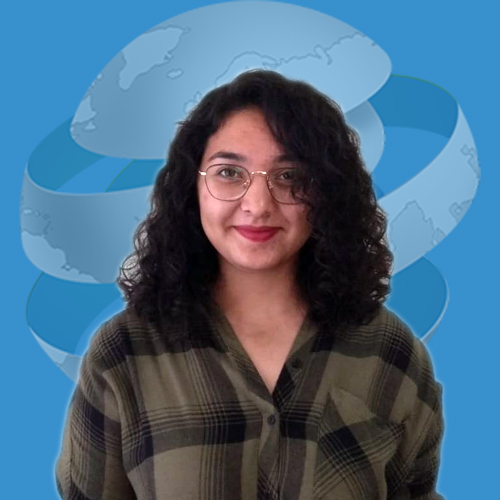 In order to do that you can handle your phone or turn on the television. However, you may feel more depressed. Why ? It is because of the news in which someone was shot and killed by a police or tweets about immigrant children,  wars, sexism, global warming... Is it too much? Does it burst your bubble about a good future? What if I tell you that there is a place where people from different nations and belief systems live peacefully? Does it sound too utopic to believe? Well, you might be right, but it exists on this planet. Let me introduce you to the modern times’ utopia; Auroville!

Photograph of the Matrimandir or “soul of the city”. The Matrimandir is there for "those who want to learn to concentrate..", "No fixed meditations, none of all that, but they should stay there in silence, in silence and concentration. A place for trying to find one's consciousness.". The Matrimandir does not belong to any religion.

Auroville is a universal township where nearly 2750 people from 55 different nations live. On 28th February 1968, 5000 representatives of 124 different nations brought their homeland's soil with them and laid the foundations near the banyan tree at the center of Auroville which is located in South India. Driving force of Auroville was Mirra Fassa who is also called The Mother by the Aurovilians.

“Auroville wants to be a universal town where men and women of all countries are able to live in peace and progressive harmony above all creeds, all politics and all nationalities. The purpose of Auroville is to realize human unity.” Living together without any kind of discrimination such as language, religion, sect, race or gender and hoping for the human unity still may sound phantasmatic but you should definitely be sure there are more you should know about Auroville. As I said before, Auroville is the modern times’ utopia.

No politics, no religion, and equality of sexes are substantial points in Auroville. First of all, political propaganda and political activities are prohibited. Aurovilians try to live a life which is far away from politics. Secondly, they think religions are the causes of division in the humanity. People of the town want to live a spiritual life. Another important point is the equality of sexes. Aurovilians emphasizes gender equality. “In practice, this seems to be happening, with many women heading commercial units or services, and playing other leading roles in the administration and functioning of the township.”

Describing Auroville as an environmentally-kind ecovillage might be spot-on. While sustainable development is really important in this township, they also put emphasis on alternative energy systems. “Auroville has the highest concentration of alternative and appropriate energy systems in India, including solar, wind and biogas generating systems.”

On the other hand, organic agriculture is another significant point. They try to be self-sufficient in its food requirements and in order to do that they have 15 farms. The last thing that should be underlined is reforestation of Auroville. It was used to a place where was advanced desertification but after planting 2 million trees Auroville became a forested land. Also, they still collaborate with local people to plant 2 million more trees to the area.

As it is mentioned before, there is no place of religion and politics but gender equality and environmentally-kind ecovillage! Is it still hard to believe? Unfortunately facing with  many prejudices , feminicides, oppressive structure of society, racist discourses in our everyday life might make us negative about the future. However, Auroville might be a good example of a society where people live peacefully. Before giving up the hope of a good future, visit Auroville!